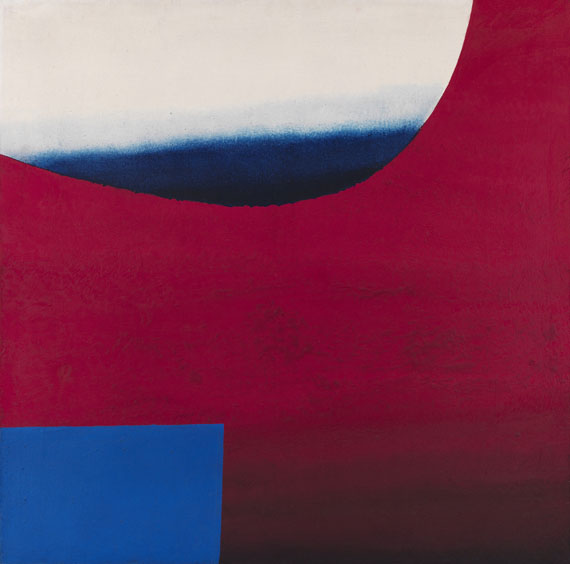 We are grateful to Mrs Julia Geiger, Geiger archive, Munich, for the kind support in cataloging this lot.

Essay
Born in 1908, Rupprecht Geiger pursued a career as an architect but also completed an apprenticeship as mason in 1930/32. While this appears odd at first sight, it is clearly of significance for his later artistic development: as space is of key relevance for he architect, while the mason is the master of the material. It was not before his military service in Russia that Geiger found his way to painting, as he was employed as war painter, making his first works in egg tempera. Immediately after the end of the war he turned to abstraction, which he sought to continue in the sense of Kandinsky. In the 1950s Rupprecht Geiger gained first recognition. However, it was also for financial reasons that he remained occupied with architectural questions, realizing both private building projects, as well as participating in tenders within the scope of the program "Kunst am Bau" (Art and Architecture), in context of which he made the monumental relief for the Munich central station, today today a heritage landmark. As the station is currently subject to major reconstruction, the relief is temporarily put in storage and will be part of the new edifice in the future. In both the relief as well as in this painting the forms seem to float in an undefined space. In our work 250a/57 (2x Blau vor Rot) red is the dominant color, modulated from a dark lower part, it turns into a strong and bright signal color. The blue is represented both in a clearly outlined rectangle in lower left and resting in front of a white horizon in the upper semicircle cutout of the dominant red modulation. Several key elements of Rupprecht Geiger's art amass in this work, among them his joy in experimenting with forms, which becomes obvious through rectangle, semicircle and oval, elementary forms that he would continue to examine. Rupprecht Geiger superimposes the color fields free from any form of construction and thus integrates several color spaces into the picture. It is difficult to substantiate whether the fields are spatially staggered, as they more or less seem to float both before each other and one after another. Gently modulated transitions from the darker parts, a characteristic trait of his early years, lead to a radiant red, blue and white. This work here already hints at the forms and themes that we discover in his works from the time at the Düsseldorf Academy and throughout his later creation.
Plus d'informations
+
Vendre
vous souhaitez vendre un objet similaire?
+
Enregistrement sur
Rupprecht Geiger
+
Questions sur l´achat
+
Contacter l'expert
350
Rupprecht Geiger
OE 250a (2 x Blau vor Rot), 1957.
Oil on canvas
Estimation:
€ 50,000 / $ 60,000
Résultat:
€ 162,500 / $ 195.000
(25% frais d'adjudication compris)
Plus d'informations
+
Vendre
vous souhaitez vendre un objet similaire?
+
Enregistrement sur
Rupprecht Geiger
+
Questions sur l´achat
+
Contacter l'expert
Autres images 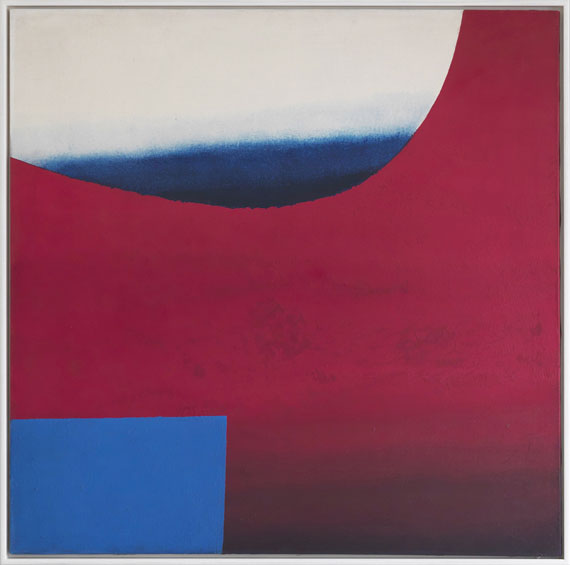 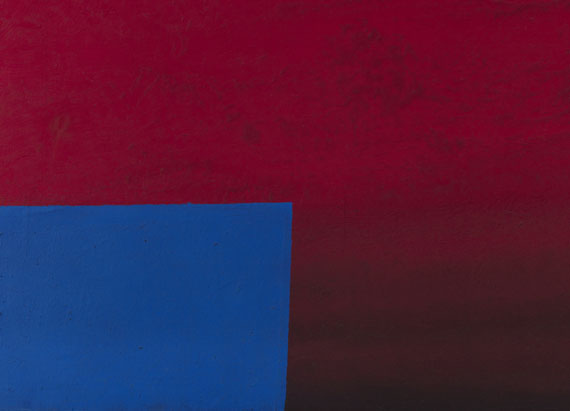 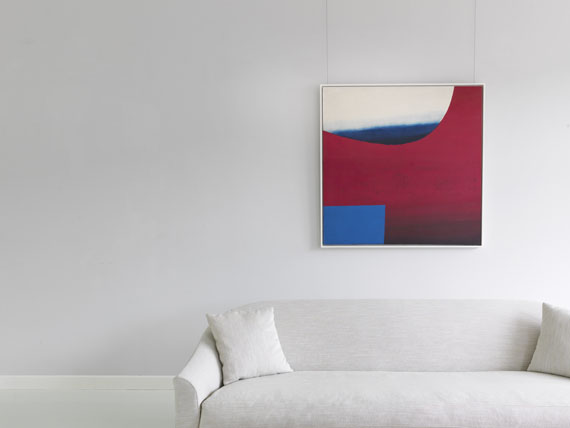 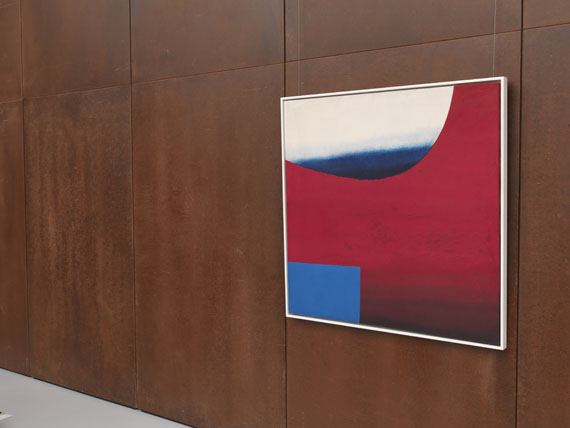