• Downpour pictures made as of 1961 are usually executed in the color of the blood: red!
• However, Nitsch's oeuvre also comprises periods in which the artist preferred blue and blue-black color values.
• The flow of the colors in Nitsch's work is also part of a cultic act.
• The dominant blue and the purple splashes in this downpour picture also reference religious cults and rituals.

Essay
The organic material used in his several day long festivities (by 1998 the "Orgy Mystery Theater" had become a six day event 1998), are individual components in a total work of art. Hermann Nitsch considers the relicts of these feasts, which document his actual art, as independent artworks. The objective of the total work of art is to help both observer and participant to a catharsis through the synesthesia of painting, architecture and music in context of Dionysian ideas. The Pour Pictures, which were made since 1961, usually come in the color of the blood: Red! However, Nitsche time and again had phases in which he put emphasis on blue, blue-black, green or brown-red. In Nithsch‘s art paint pours onto the canvas like rhythmic rain and spreads with explosive force. Flowing colors are also part of a cultic act for Nitsch. The dominant blue and the violet splashes on this Pour Picture also reference church cults and rituals. Violet, for instance, is considered a color of transition and finds use in Advent and Easter penitential periods and in altar decorations or in robes. Blue in Christian tradition is closely linked with the figure Mary and is often used for Marian feast days. Additionally, blue is not only the color of the sky and infinity, but also has a spiritual dimension. This large-size, poured and painted work thus opens up an emotional and cultic-spiritual context. [MvL]
Plus d'informations
+
Vendre
vous souhaitez vendre un objet similaire?
+
Enregistrement sur
Hermann Nitsch
+
Questions sur l´achat
+
Contacter l'expert
243
Hermann Nitsch
Ohne Titel (Schüttbild), 1992.
Oil on canvas
Estimation:
€ 60,000 / $ 72,600
Résultat:
€ 150,000 / $ 181.500
(25% frais d'adjudication compris)
Plus d'informations
+
Vendre
vous souhaitez vendre un objet similaire?
+
Enregistrement sur
Hermann Nitsch
+
Questions sur l´achat
+
Contacter l'expert
Autres images 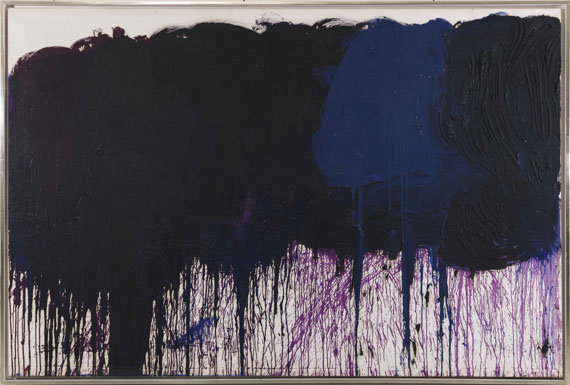 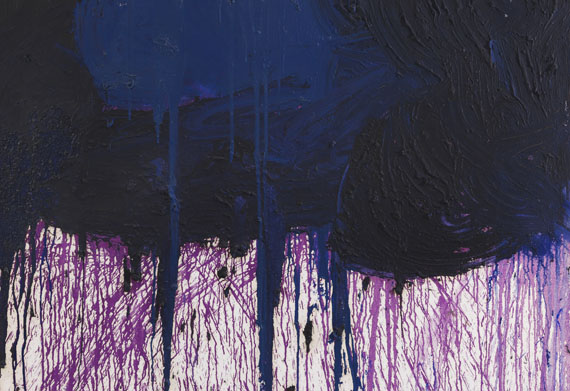 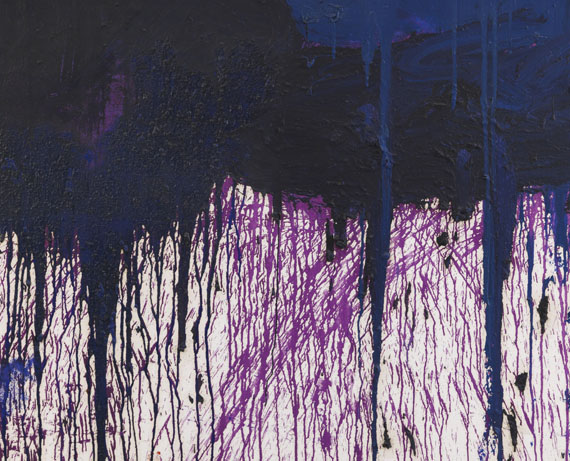 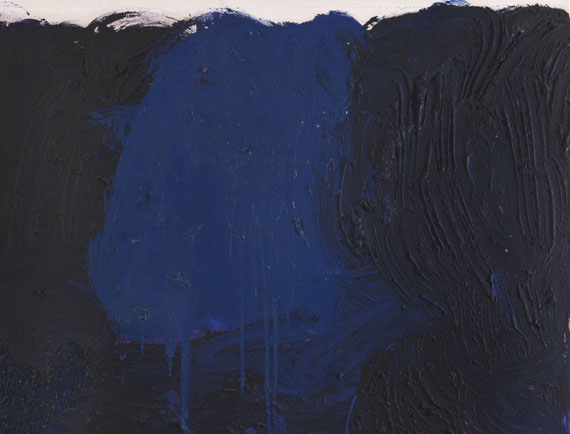 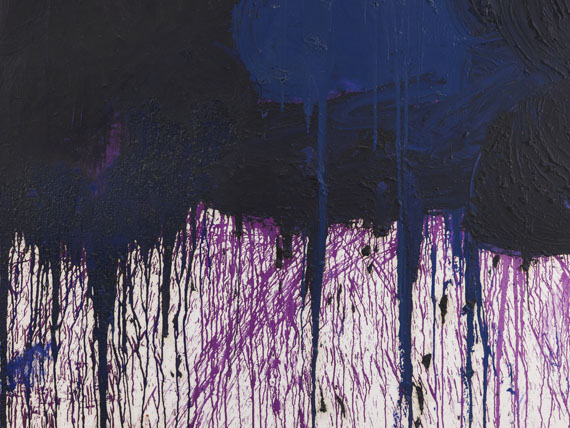 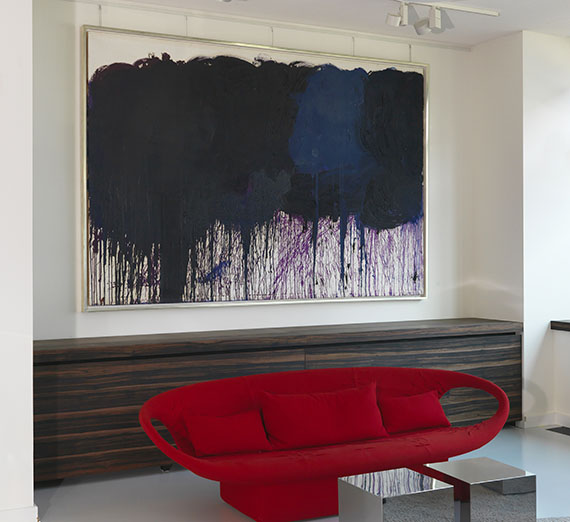