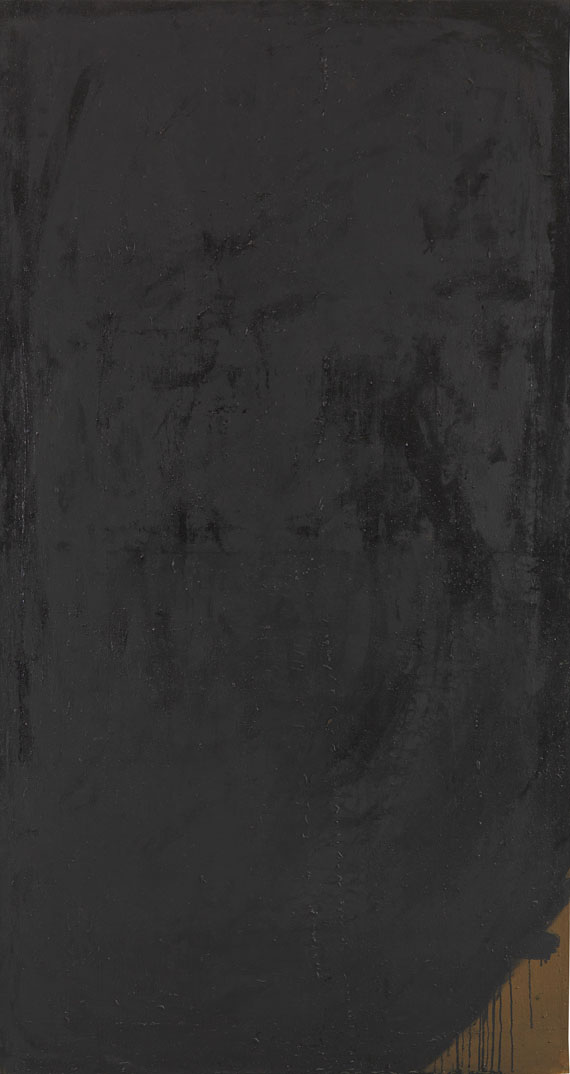 • Arnulf Rainer is one of the most important Austrian post-war artists.
• "Schwarze Übermalung auf Braun" is one of the earliest characteristic overpaintings from the 1950s in which the black monochromy covers nearly the entire image surface.
• Through the color's materiality, which is applied to the canvas layer by layer in gestural brushstrokes, Arnulf Rainer creates a mysterious inner structure.
• The observer conceives the covering of the canvas with paint as a temporal process.

Essay
Arnulf Rainer certainly is the most important artist of the Austrian post-war vanguard. Born in Baden near Vienna in 1929, he attended an applied arts school in Carinthia at the age of 18 and then went to Vienna. He boldly passed up his place at the Academy of Fine Arts and prefers teaching himself instead of attending the conservative university. In search of an answer to the general question of which course painting in the second half of the 20th century could take, Rainer realized that it was necessary at first, all in the sense of the Surrealists, to dive into the unconscious. Then, in order to give the new beginning a chance, a state of dissolution must be initiated which - as Rainer puts it - ends in a "tabula rasa", the so-called "dissolution". These dissolved, atomized forms then give him the opportunity to start over again, to be covered up again and extinguished. Alongside groups such as "Proportionen" (Proportions) and "Blindzeichnungen" (Blind Drawings), Rainer's first black pictures were made in the mid-1950s, of which our work "Schwarze Übermalung auf Braun" (Black Overpainting on Brown), which he kept working over for two years, is an example: This way the black-in-black got its fascinating, haptic structure . Years later, in 1978, Arnulf Rainer remembers his method and approach: "As I have already mentioned, my overpainting takes place slowly, steadily, deliberately. The great effort involved in painting over is broken down into small, gradual steps that last for years. When I started in 1954 I began to cross out other people's works and my own pictures, I did not know myself that a 99 percent black field could result in an actual picture, that such a reduction is still a possible form, that it can be communicated to others. It was not a conception, it was a direction that emerged step by step. The impetus was the constant inadequacy with the respective black form, with the imperfection of the complex of surfaces that had been worked out up until then. Sometimes I was gripped by despair, I was afraid of losing the message entirely. Even today I often don't know when to stop, whether the next brushstroke actually makes the picture better. Many times I can’t qualify the figure, I'm just unhappy with it. But a another important brushstroke just won’t come. When I get to that point, I put the whole series aside for a few weeks. This gives me the opportunity to identify the weaknesses, to add more specific corrections. " "Schwarze Übermalung auf Braun" is a typical and likewise magnificent overpainting from the 1950s, in which the monochrome black covers almost the entire image surface, the artist only only lets the brown of the background shine through in the lower right corner. Through the materiality of the color, which is applied here layer by layer with gestural brushstrokes, Rainer creates a mysterious internal structure, a uniform image space. The observer understands the covering, covering the canvas with paint as a temporal process. Through his overpaintings Rainer moves the factor of time into our consciousness. On the one hand, he extinguishes what used to previously fill the surface, on the other hand, he sharpens the perception of the abundance that possibly lies behind the color. [MvL].
Plus d'informations
+
Vendre
vous souhaitez vendre un objet similaire?
+
Enregistrement sur
Arnulf Rainer
+
Questions sur l´achat
+
Contacter l'expert
262
Arnulf Rainer
Schwarze Übermalung auf Braun, 1955/56.
Oil on canvas
Estimation:
€ 120,000 / $ 140,400
Résultat:
€ 750,000 / $ 877.500
(25% frais d'adjudication compris)
Plus d'informations
+
Vendre
vous souhaitez vendre un objet similaire?
+
Enregistrement sur
Arnulf Rainer
+
Questions sur l´achat
+
Contacter l'expert
Autres images 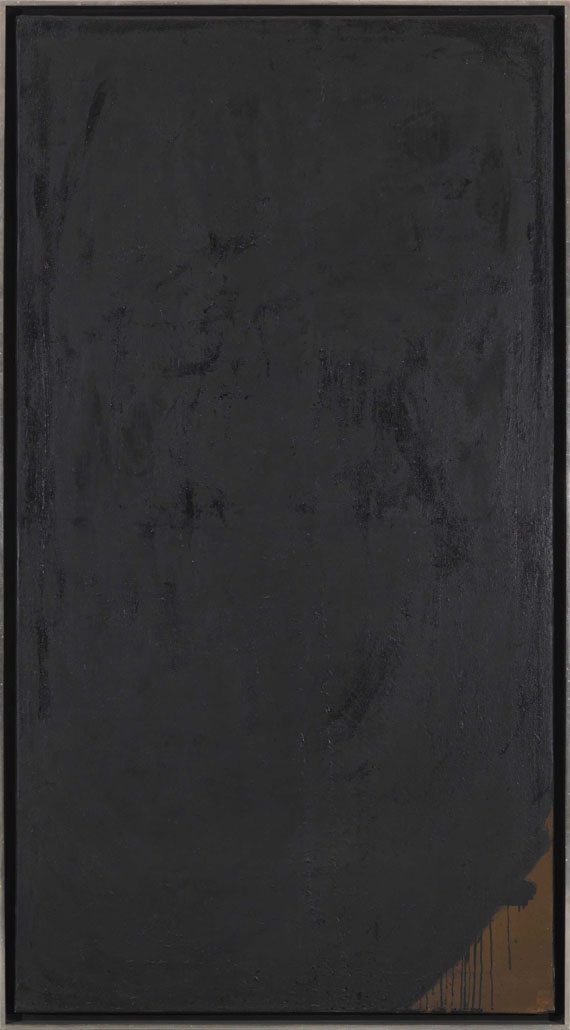 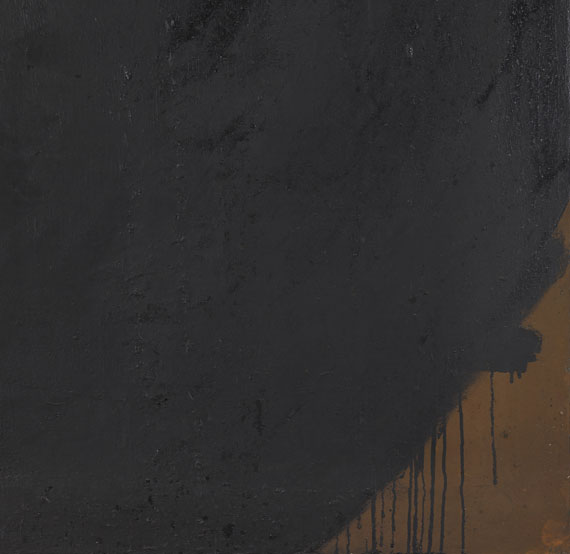 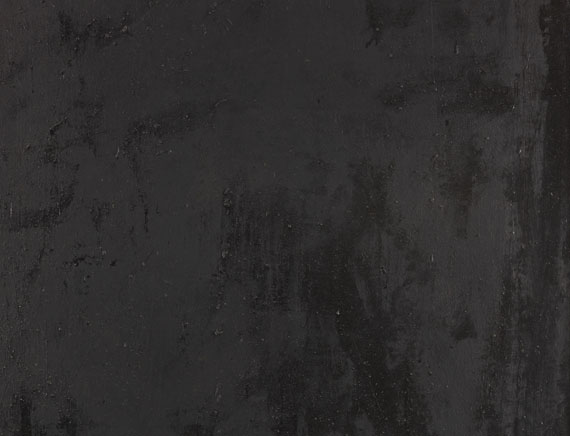