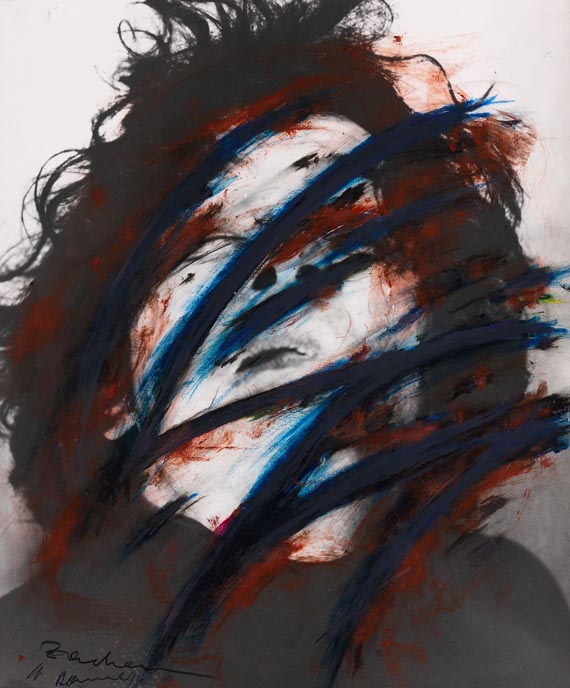 In the course of the 1950s the “Overpaintings“ become a unique feature of Raine’s oeuvre. About a decade later the Austrian artist begins to paint over reproduction of Old Masters, as well as over photographs of his own physiognomy and his body, however, he does not destroy their own expression, but rather alienates and enhances it. Examinations of the body language and questions regarding the own identity become manifest towards the end of the 60s, among others in the significant series of the “Face Farces“, in which Rainer works over his facial nerve and muscle with color pen and oil chalk, the so-called “Automatenfotos“. Later they are replaced by portrait series by professional photographers. In these works, which still show that Rainer is rooted in the Informel with the automatic duct of the “Overpaintings“, Rainer declares the analysis of his own physiognomy and thus his ego to be the object of art. "Man is able to perform a tremendous degree of differentiation. The incomparable richness of his physical capability of expression is completely unexplored, uninterpreted, may not even entirely developed. Without it the individual cannot unfold, not bring itself to fruition. It is the basis for our communication [..] and decisive for our self-development." (A. Rainer, translation of quote after: Arnulf Rainer. Retrospektive 1950-1977, ex. cat. Kestner-Gesellschaft Hanover, 7 October -13 November 1977, p. 35.) [JS]. 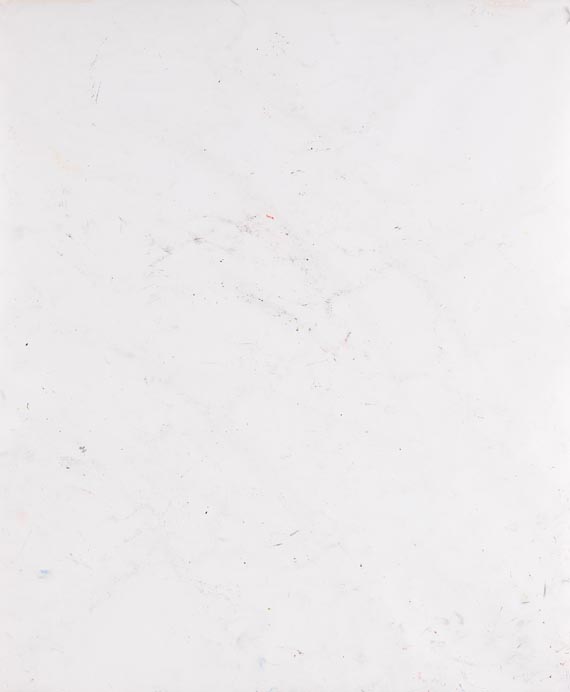 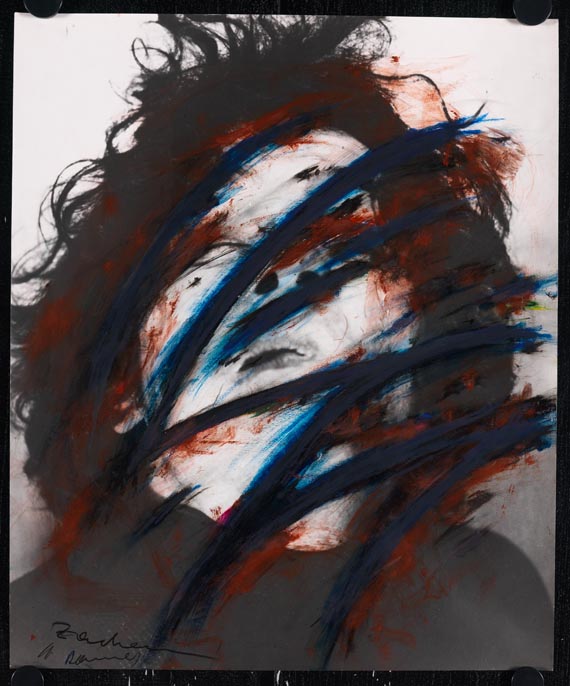