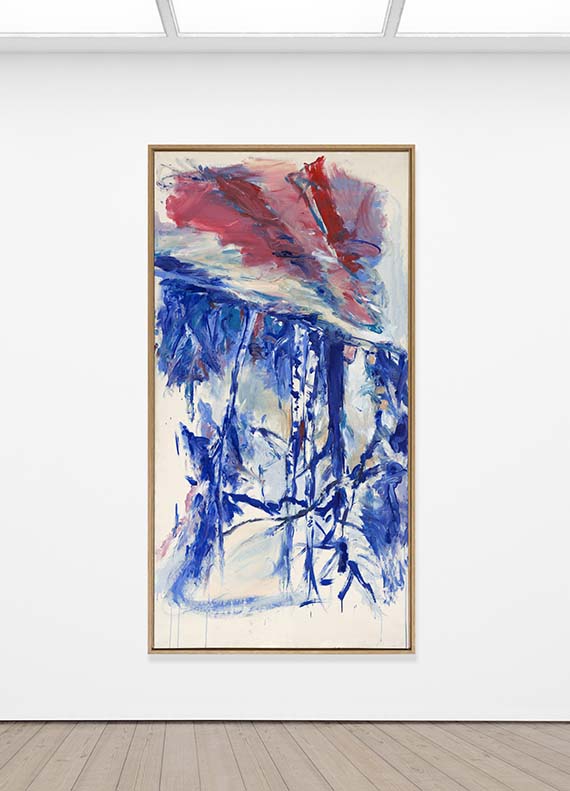 • In the picture "Der Wald auf dem Kopf" (Forest Upside-Down ) from 1969, today at Museum Ludwig in Cologne, Baselitz rotated the image by 180 degrees for the very first time.
• Works like "Waldweg“ (1974) from the series of the "Fingermalerei" (Finger Painting) are extremely rare and realize top prices on the international auction market.
• Georg Baselitz donated six pictures from the late 1960s to the Metropolitan Museum of Art, New York. In 2021 they were part of the exhibition "Georg Baselitz. Pivotal Turn".
• Currently (October 2021 - March 2022), the Centre Pompidou in Paris honors Georg Baselitz with a comprehensive retrospective show.
• A personal gift from Baselitz to his artist friend A. R. Penck.


"The hierarchy that places heaven at the top and earth at the bottom is just a convention anyway. We've gotten used to them, but we don't have to believe in them. The only thing that interests me is the question of how I can continue to paint pictures."
Georg Baselitz