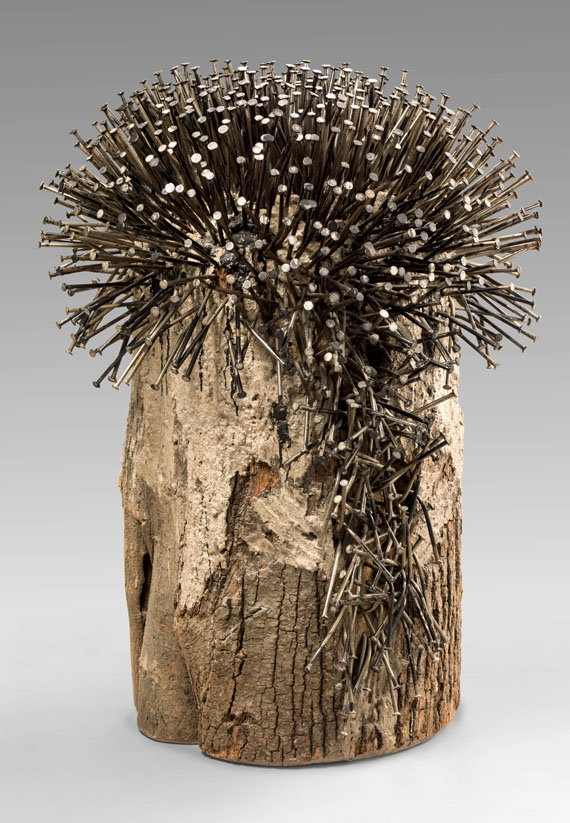 - Of highest rarity.
- In terms of proportions and size one of the finest nail trees on the market.
- Particularly shapely and dense nail work.
This work is registered at the Uecker Archive with the number GU.88.047 and has been earmarked for inclusion into Uecker's forthcoming catalog raisonné.

"Art can't save man, but the means of art allow for a dialog calling for actions to preserve man."
Günther Uecker, 1983, quote after: Kritisches Lexikon der Gegenwartskunst, p. 2

Essay
In general perception the artist Günther Uecker is associated with two things: The ZERO movement and his Nail Pictures, which made him one of the leading German Post -War artists and brought him his international breakthrough. However, his artistic creation has far more aspects to it. Throughout his entire career, Uecker has always taken a stand on the world’s problems, addressing his audience in his campaign for understanding and change. He encounters the things that appeal awkward to him with openness, giving answers in his own artistic language. Since the 1970s Uecker has addressed the destruction of nature through man in his art. Works like "Kunstpranger" (Art Pillory) from 1984, for which he spiked an old elm tree with 300 pounds of nails, express his protest against the forest decline. Later he made a group of similar smaller nail forests of which the sculpture offered here is part of: A tree trunk covered with ashes and glue and crowned with long carpenter nails. With all its impressive massiveness, the sculpture rears up in front of the observer like a defense tower. Our tree is part of a nail forest which seems to serve as a protective barrier against the threats that come from man. Günther Uecker is known for his love of nature, he grew up in the country on the Baltic peninsula of Wustrow. He has always remembered his roots and has remained true to his home up until today, as it is his source of energy and power place for spiritual and physical revitalization. This explains why the protection of nature is one of Uecker’s heart matters why he use his art to shake up the people to join him in his battle against its destruction. [SM]
Plus d'informations
+
Vendre
vous souhaitez vendre un objet similaire?
+
Enregistrement sur
Günther Uecker
+
Questions sur l´achat
+
Contacter l'expert
114
Günther Uecker
Baum, 1988.
Estimation:
€ 400,000 / $ 456,000
Résultat:
€ 500,000 / $ 570.000
(25% frais d'adjudication compris)
Plus d'informations
+
Vendre
vous souhaitez vendre un objet similaire?
+
Enregistrement sur
Günther Uecker
+
Questions sur l´achat
+
Contacter l'expert
Autres images
Video 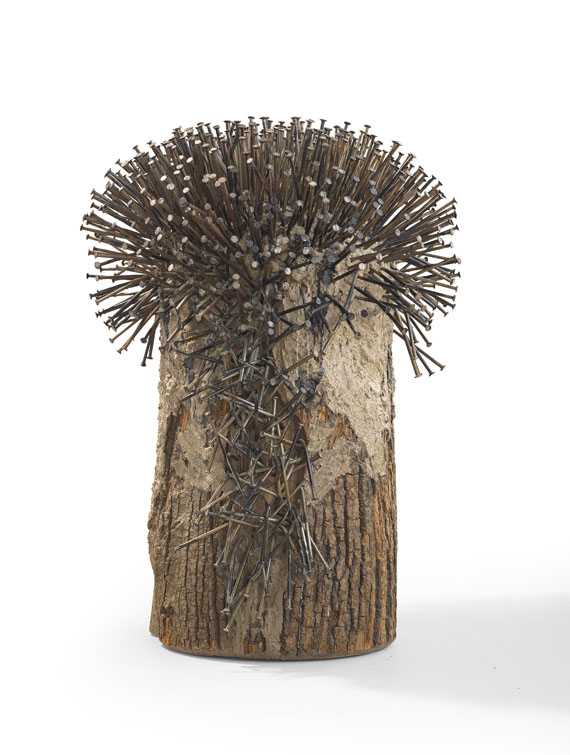 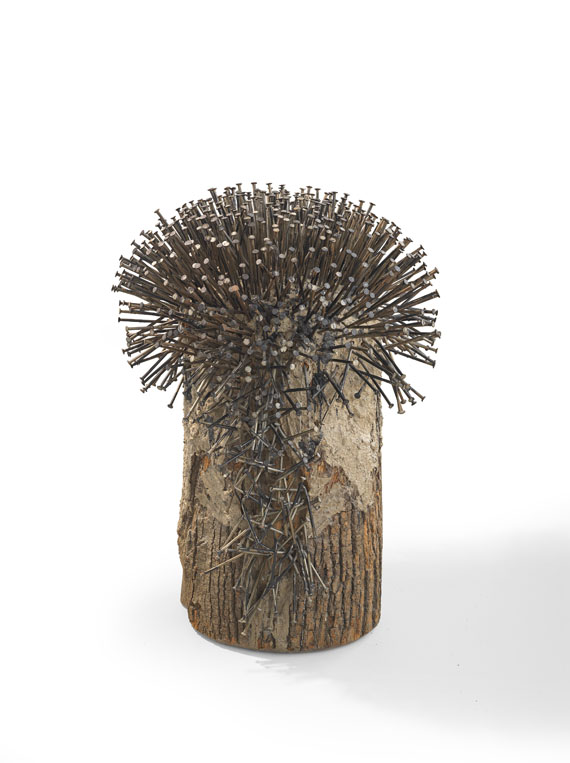 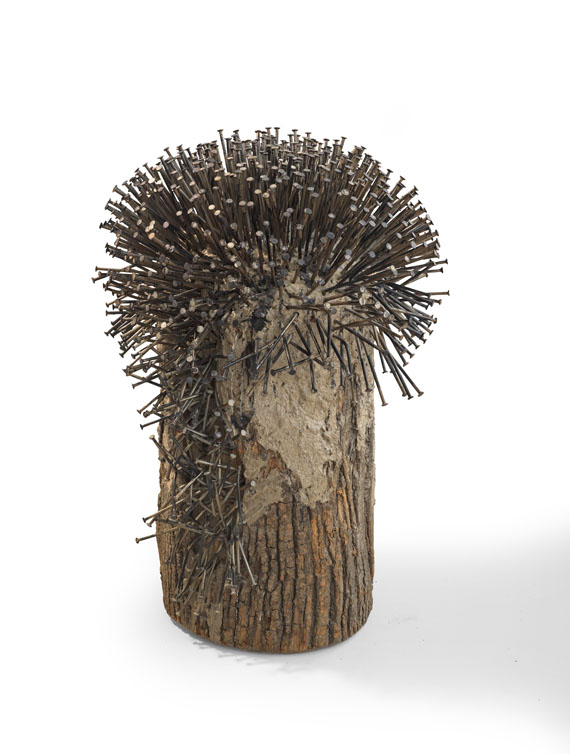 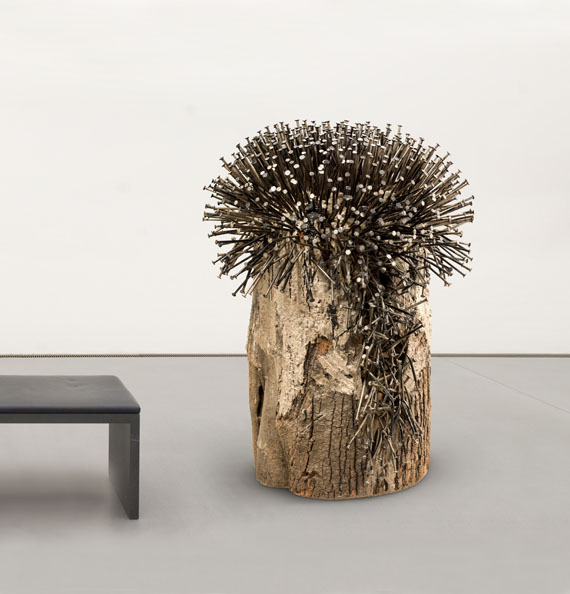 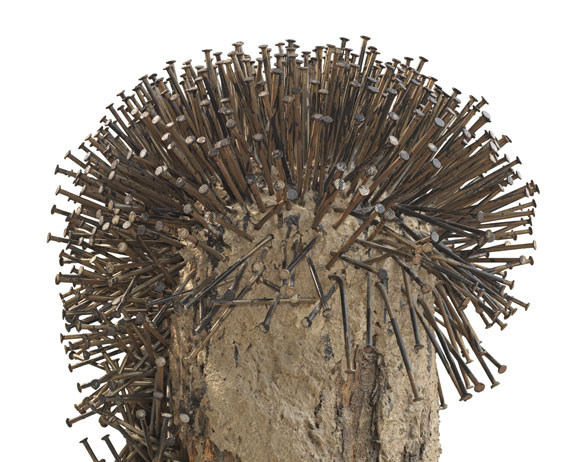 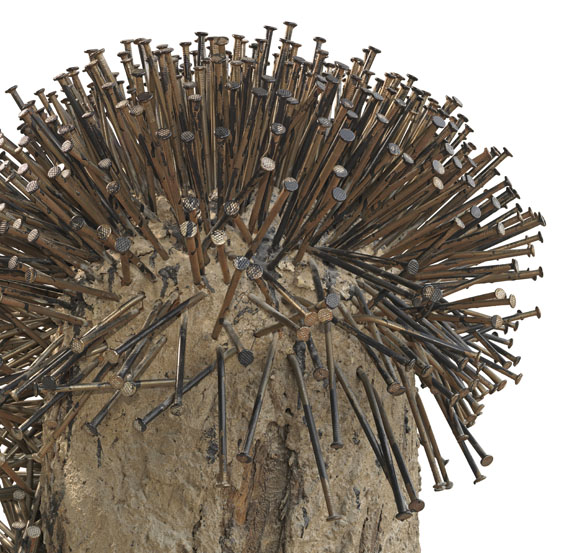 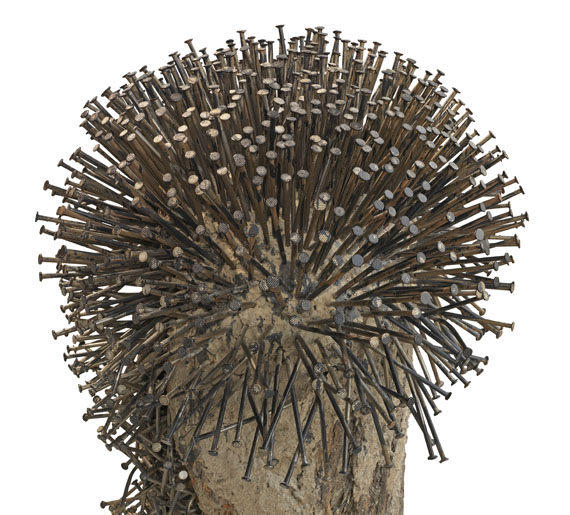 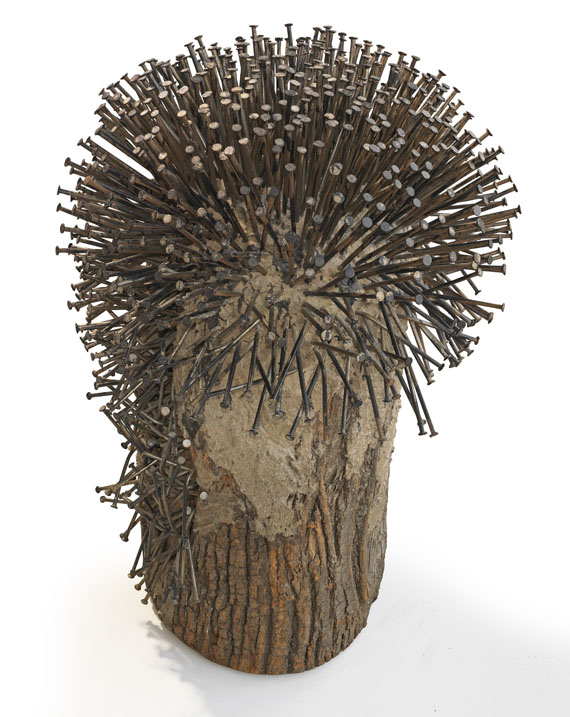 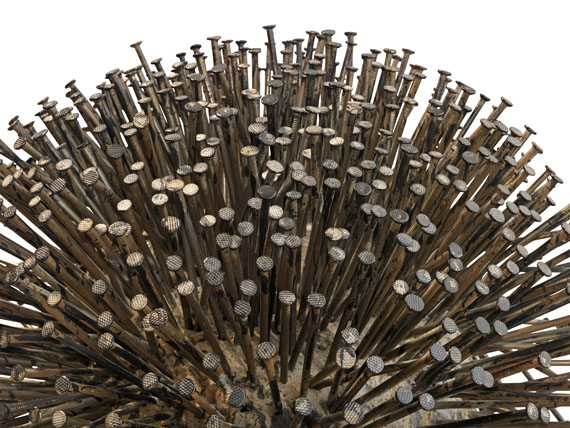 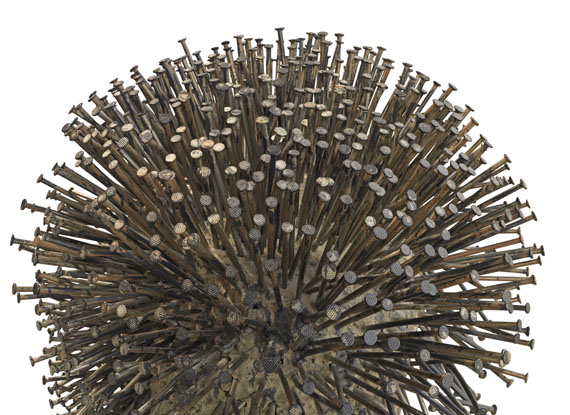 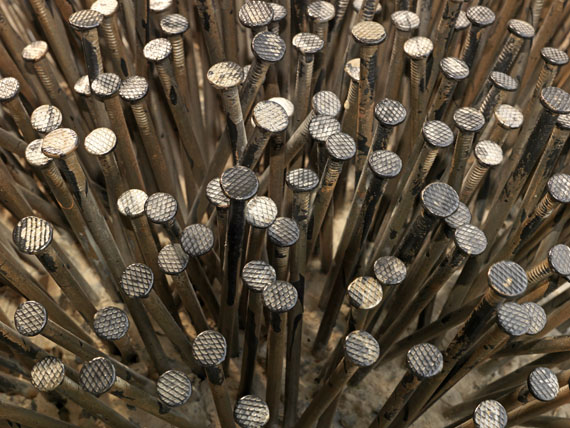